The store will not work correctly in the case when cookies are disabled.

In 1946, a man named Minoru Yoneyama, created a company named Yoneyama Company. His company produced wooden floats for fishing nets. The company thrived in the wood-working industry with high-quality floats. It all went well, until advanced technology meant the downfall of Yoneyama's business. That day, Yoneyama swore to strive for constant innovation in the future. 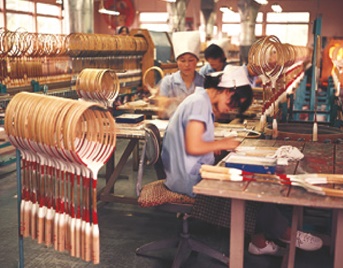 The 1960s started of rough, with Sanbata racket's bankruptcy and Yoneyama's Manufacturing Headquarters burning down. Yoneyama Company, which was now Yoneyama Sports Company,overcame these problems. They rebuilt their factory in just 3 days and started producing rackets under the Yoneyama Sports brand. In 1963, they expanded their business to the United States and to Europe and in 1965, they started producing badminton shuttles. Nowadays, Yonex is the official tournament shuttle of both the Badminton World Federation Major Events and the Olympic Games.

Yoneyama's search for innovation paid off, when they created Japan's first aluminum racket in 1968, by inventing the world's first "T-joint''. In 1978, they launched the first sub 100g racket as part of the carbonex series.

Yoneyama expanded into the tennis world, creating the T-7000 racket in 1969. This racket became extremely popular and Yoneyama kept improving on this design with a more stable shaft in 1970, and the Isometric shape in 1980. Later, the badminton rackets borrowed the squared-shaped Isometric frame, which is still being used to this day. 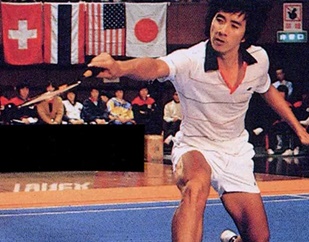 Yoneyama entered the professional scene with some badminton- and tennis legends such as Rudy Hartono, Tony Roche, Billie Jean King and Martina Navratilova competing with Yoneyama. During this time, Yoneyama renamed its company to Yonex to make it easier to pronounce.

Yonex did not stop with badminton and tennis. They created their first ADX 200 golf club in 1989 and started manufacturing snowboards in 1995. Nowadays, they even produce sport bikes and wind turbine blades.

Up to this day, Yonex has continued to thrive in the sports industry with their cutting-edge technology and timeless Japanese craftsmanship. With eyes to the future, Yonex launched the Legends' Vision initiative in order to inspire the youth today. Together with legends like Lin Dan and Lee Chong Wei, they tour around the world to increase badminton awareness and participation.

Yonex’s philosophy is to “Contribute to the world through innovative technology and the highest quality products.”. Through the years, yonex challenges itself to develop products which exceeds the customers’ expectation. They achieve this by keeping in touch with their consumers, this is their so-called ‘’hands-on approach.

Yonex has a very wide range of products, which are available here in our webshop of course. Here are some of them:

Yonex Badminton Rackets: making use of very innovative technology, Yonex has a high-quality racket that suits every single one of us. Best known is the Astrox Series, a line of stiff, head-heavy rackets, but yonex has a lot of variation. A lot of top players play with Yonex rackets.

Yonex Badminton Apparel: Yonex has a lot of flashy, appealing teamwear, but also a bit more subtle colored clothes. The used materials are from the highest quality, offering a lot of comfort to the player. You can look just like your favourite pro!

Yonex Badminton Shoes: Yonex does not only offer great shoes for the best players, but also cheaper ones for the beginning player. These shoes make use of the power cushion technology to absorb shocks.

Yonex Badminton Bags: There is a Yonex bag that perfectly fits your needs, in the size you want and in the colour you want. There is a lot of variation in Yonex’ assortment.

Looking for a super deal? Find the Best Deals here!